A city of art and history, Tours is the historic capital of the ‘Garden of France’ and the first metropolis of the Loire Valley, listed as a World Heritage Site by UNESCO (2020).

Tours has an historic centre with half-timbered houses and a cathedral, peaceful green spaces, summer riverside activities, many museums and contemporary art galleries, and gourmet bistros and restaurants.

Beyond the scientific enrichment of FEBS 2023, Tours and the region of Touraine offer much cultural interest with countless castles, gardens, vineyards, art and renowned gastronomy to enjoy. 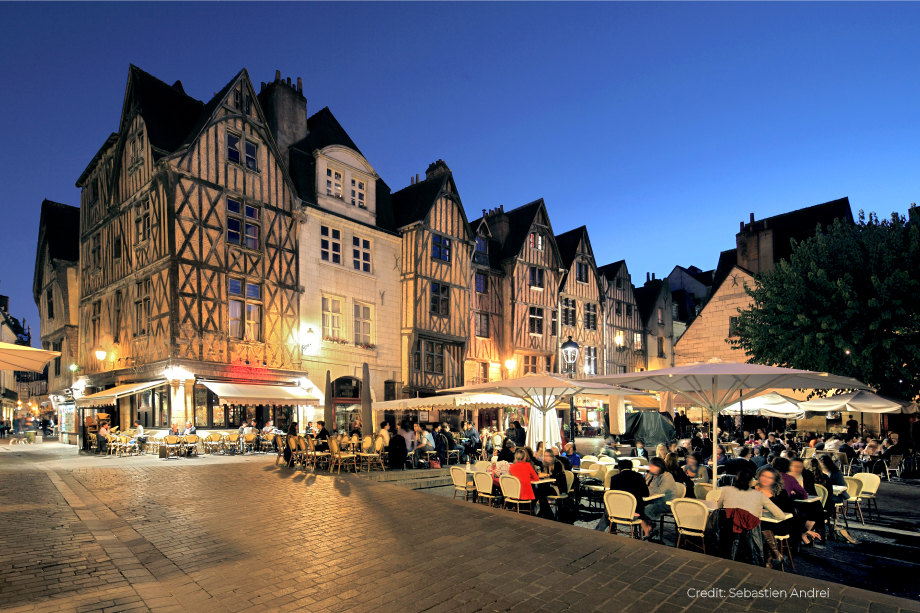 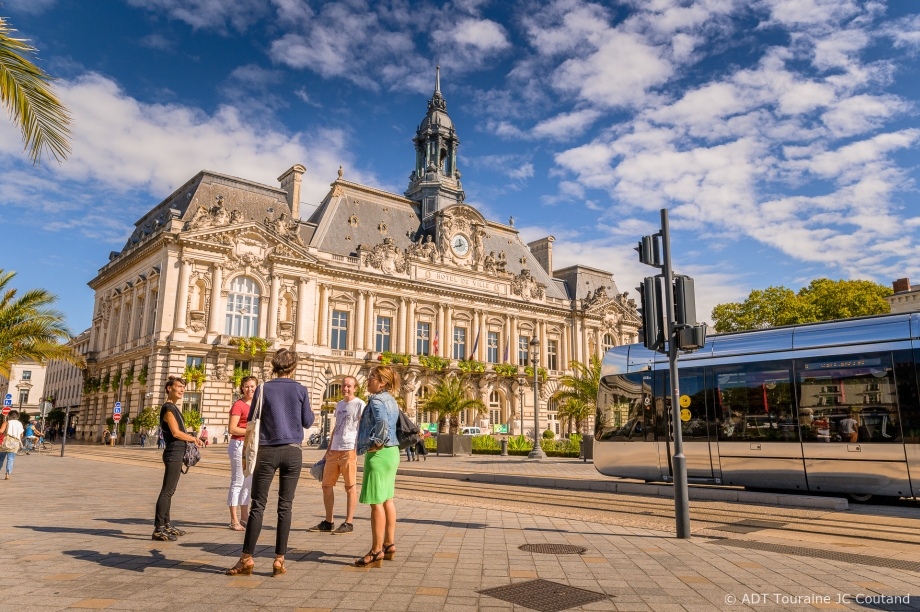 Gilles Lalmanach, a member of the FEBS 2023 Organizing Commitee and professor at the University of Tours introduces some of the region’s attractions and famous names:

The castles of the Loire: Tours is the ideal place from which to discover many magnificent castles of the Loire, including 50 major castles spread over less than 100 km. Among the most famous, the Château de Chenonceau (known for its unique bridge architecture) is about 30 km from Tours and is the second most visited castle in France after Versailles. The Château de Chambord, located in the largest enclosed forest park in Europe, is also remarkable for its exceptional architecture (its 282 chimneys) as much as for its size. Other nearby castles worth a visit are Loches, Blois, Amboise, Royal Abbey of Fontevraud, Rigny-Ussé, Azay -le-Rideau, Cheverny and the lesser known gems Montpoupon and Montrésor.

The Garden of France: Its mild temperate climate naturally enabled the region of Tours to become the so-called 'Garden of France'. You can discover many gardens, squares and havens of peace and greenery in Tours and all along the axis of the Loire. Two sites are particularly special: the 'French gardens' of the Château de Villandry and the park of the Château de Chaumont-sur-Loire, which hosts the annual international world garden festival.

Wine and food: Although less known than Burgundy or Bordeaux, the Touraine vineyard has some remarkable appellations such as Montlouis, Vouvray, Saint-Nicolas-de-Bourgueil, Bourgueil or Chinon, which offer a complete range of white (sweet, dry or sparkling) and red wines. Many cellars offer tastings. These wines are ideal to combine with some of the fundamentals of Touraine cuisine, a historical heritage that is both gastronomic and cultural, and recognized by UNESCO with the labelling of Tours as an International City of Gastronomy. In particular, take the opportunity to discover a wide choice of goat cheeses (including the emblematic 'Sainte-Maure-de-Touraine') or one of the many local 'deli meats' (pâtés, rillettes or rillons), so much celebrated by epicurean François Rabelais (see below).

A bit of history

As an ancient Gallo-Roman city, then the former city of the Turones, Tours is a town with a prestigious historical past illustrated by some remarkable characters, such as Saint Martin of Tours, a 4th century bishop of Tours and influential saint of Christianity who founded one of the first abbeys in Western Europe (Marmoutier on the north bank of the Loire in Tours).

In the Middle Ages, the Capetian kings adopted the Tours local currency ('livre tournois') as the currency of France (replaced by the Franc after the French Revolution in 1795). As the capital of Touraine, Tours was also de facto a royal capital under the Valois dynasty with the construction of many castles of the Loire valley, as well the first city of the silk industry,

A major historical event was the meeting between Charles VII and the emblematic figure of the Hundred Years' War, Joan of Arc, at Chinon (1429), from where she began her heroic ride (after having received her military flag and her knight armour at Tours) which made her one of the most world-renowned women.

Tours was provisionally twice the capital of France: in 1870 during the war between France and Prussia, and in June 1940 during the Second World War. A large part of the city center of Tours was destroyed during a fire caused by incendiary bombs, which lasted 3 days.

Since the Renaissance, Touraine has opened its doors to creativity and to many artists. During the Renaissance, seven poets, including Pierre de Ronsard and Joachim du Bellay, two writers with close ties to Touraine, joined to form the group 'La Pléiade' in order to popularize the French language in the form of poetry.

The Château du Clos Lucé in Amboise was the last residence of Leonardo da Vinci. In 1516, he accepted the invitation of François 1er and settled in Amboise, bringing from Rome several of his major works including the Mona Lisa. Leonardo da Vinci worked there as an engineer, architect and director, organizing sumptuous parties for the Court of France. He died in 1519 and was buried in the Saint-Hubert chapel of the royal castle of Amboise. The Château du Clos Lucé currently houses a unique collection of his inventions, as well as a remarkable garden.

We obviously cannot talk about Touraine without mentioning François Rabelais, a monument of literature and a founding father of the French language. Born near Chinon in Touraine, this humanist, medical doctor, admirer of Erasmus and encyclopedic scholar produced a literary work (Gargantua, Pantagruel) which, with that of Cervantes, is considered as the founder of the European modern novel.

Two other local intellectual giants who should be mentioned are René Descartes (born in 1596 in La Haye-en-Touraine), one of the major founders of modern philosophy and known for his dictum 'Cogito ergo sum' ('I think, therefore I am'), and Honoré de Balzac (born in 1799 in Tours), one of the greatest novelists of the 19th century and the author of the immense 'Human Comedy'. In a more recent period, we can cite some major Touraine writers, such as Alfred de Vigny, Georges Courteline, Paul Nizan, Yves Bonnefoy, and Anatole France (Nobel Prize in 1921).

The University of Tours (formerly François Rabelais University), with almost 35,000 students, perpetuates this tradition of universality and openness with the reception of a large number of foreign students. In the wake of Rabelais, eminent medical personalities such as Armand Trousseau, Pierre Bretonneau or Alfred Velpeau also contributed to the reputation of the city.

Nowadays, the Grand Théâtre and its majestic Italian-style room, the National Dramatic Center, the Center for Contemporary Creation Olivier Debré, the Museum of Fine Arts, the National Choreographic Center, the Bateau Ivre, the Museum of Compagnonnage, and others contribute to intense cultural activity. Also, Tours and its area are proud to have an associative cinema, 'Les cinémas Studio', which is the largest independent 'art and essay' complex in France, and to be the land of great figures of French pop culture like Jean Carmet, Jacques Villeret or Patrice Leconte.